Early in my life, I made a pact with myself to learn at least one new thing each day. As an avid reader, I've had no problem doing that. Interestingly, each new thing I learned tweaked my interest in many more. Such curiosity also resulted in my questioning almost everything I was ever told, from the religion I grew up with to the politics of "our side". It's almost impossible to read something, even a fictional novel, without learning new things, even if they are as diverse as the types of streets in Selma, Alabama or the ingredients in a good soufflé. All you bookworms out there know what I'm talking about. So, after seven decades, I have a broad knowledge of many things. All curiosity-driven elders do, and this knowledge was less determined by intellectual ability than by a lifetime of curiosity and experiences. My Native American ancestors understood this well.

One of the most important things I learned and passed down to my children is that perpetuating truth is far more important than perpetuating harmful myths and traditions. But it takes curiosity -- and much courage -- to question, and if necessary, abandon what we were taught by our tribes. But fostering this curiosity and courage in each other and our children is vital to ensure the best lives for ourselves and our growth as a species.
Posted by Granddad at 8/27/2019 03:38:00 PM No comments:

Frankly, I believe all humans are agnostics, just as Thomas was at that moment, no matter how ardently they deny it. They don't know (in the scientific sense) -- and can't know -- if there is a god or gods. They can only have faith one way or another until proof is provided with objective evidence.

The Path Away From Tribal Conditioning

So many people are racist due to ignorant tribal fears and conditioning for which they would honestly deny having. People's minds are set in stone early by imprinting and conditioning -- not by facts. It's evolutionary. I know from experience that kindness is one of the most powerful tools to overcome such tribal conditioning.

I was raised by liberals (for their time) and never thought I was a racist, but I was. Spending a year at a "Black" university (Langston U. in Oklahoma) changed that. I was a poor boy who took advantage of their all-Black scholarship for Whites (ironic isn't it?).


Growing up, I often heard this statement from those who lived on the White side of the tracks, "Don't let your car break down in Langston!" (an all-Black town), which is a great example of ignorant tribal fears being perpetuated.

I admit having some trepidation when I found myself one of the only White faces in an all-Black class. Almost immediately, I found myself being treated better there than I had ever been treated at OSU. It was the beginning of my truly becoming non-racial. It seemed that everyone -- students, teachers, and families -- went out of their way to make me feel comfortable and welcome. I was invited to parties, music events, and even into people's homes for supper.

And then, I was so very fortunate to study pre-Civil War history under Ada Lois Sepuel Fisher (look her up). I realized that I had been programmed to believe Blacks were inherently inferior intellectually. I would have vehemently denied this before, but conditioning is powerful. Dr, Fisher overwrote that conditioning quite quickly.

Seeing, hearing, and experiencing the truth is far more powerful than simply believing the truth, if you know what I mean. I left with the love and respect for my Black brothers and sisters that I didn't have (but thought I did) before. I wish every White American could step into my shoes for that one year.

Took my two fur kids out tonight and let them do their thing. I sat in a lawn chair and looked at the grass reflecting the porch light. Little pinpoints of dew-light that looked like stars. I looked up and imagined the other pinpoints of light that were hidden behind the dark clouds. Two reminders of the infinite that my human brain could only acknowledge, but never understand. I knew that I could die at that moment and be grateful that I had existed in a form capable of knowing that I was part of that infinity, however small and insignificant.

Could Christianity be the Antichrist?

We know that the original manuscripts did not have punctuation marks. Translators added them in the way that supported their beliefs. So, remove the commas and quotation marks from Mark 24:5 and you are left with this:

For many shall come in my name saying I am Christ and shall deceive many.
Isn't that exactly what the Christian religion and Christian churches often do -- deceive many using Christ as their authority? I'd say Old Scratch hit a home run in his game to deceive. It's also a far better description of "Antichrist" than it being an individual.

Knowledge vs Belief vs Faith

Both knowledge and belief are evidence-based, when the words are used properly. Faith is not. However, it is common to use the words faith and belief interchangeably. Even Webster does it due to widespread acceptance. But, here is the difference in all three.
Knowledge requires empirical evidence. I "know" empirically that my dog is beside me in my chair. It's not something I can choose to "unknow".

Belief requires sufficient evidence. It doesn't require empirical evidence, but it does require evidence beyond a reasonable doubt. Without empirical evidence, I cannot "know" that my dog will live long enough to be beside me tomorrow. But, I have enough supporting evidence to believe he will be. Note: Personal experience can provide sufficient subjective evidence for an individual to believe something that is not necessarily factual.

Faith requires little or no supporting evidence. All it requires is a need or desire for something to be true. I can choose to have faith in something regardless of the evidence or the lack thereof. I can choose to have faith in God, flying saucers, or that my dog is the Antichrist, without supporting evidence of any kind. This is because faith is want-to-be based, and fueled by need, fear, tribal influence, or conditioning. It is interesting that even the Bible supports this by declaring that: "Faith is the substance of things "hoped for" (emphasis mine).

Why We Take Sides

Have you ever thought about why you "just can't seem to make that person see reason"? I figure it's because our nature is to pick sides. When we don't, we're accused of being "wishy-washy" or "straddling the fence." We pick sides on the playground as kids. We do it in our sports (OU vs OSU). We do it in our religions and we do it in our politics. We do it every day of our lives, in large and small ways. We (even those who deny it) follow the crowd, and the crowd follows the Alphas. Our leash is yanked by fads, fashions, and taboos. Most of the time we do it unconsciously, but sometimes we do it even when we know we're doing it. And, we tend to be "in for a penny, in for a pound", hanging on to the side we pick even when presented with compelling and objective evidence against it (think religion and politics).

On the good side, this hard-wired behavior strengthens tribal (family, friends, community) bonds and helps to ensure our survival. On the bad side, it often results in racism, prejudice, mistrust, narrow-mindedness, hatred and war. Knowing this, many of us try to avoid picking sides. We try to see the objective good and bad on all sides. I'm not Democrat. I'm not Republican. I'm not one religion. I'm not one genre of music. I know I'll never achieve complete objectivity because I'm still attached to Mother Nature's puppet strings. However, I've learned that it's often wise to keep one's opinions to one's self. I try to follow a verse in the Bible that says, "If it offends my brother, I won't do it" (unless I just can't help myself). 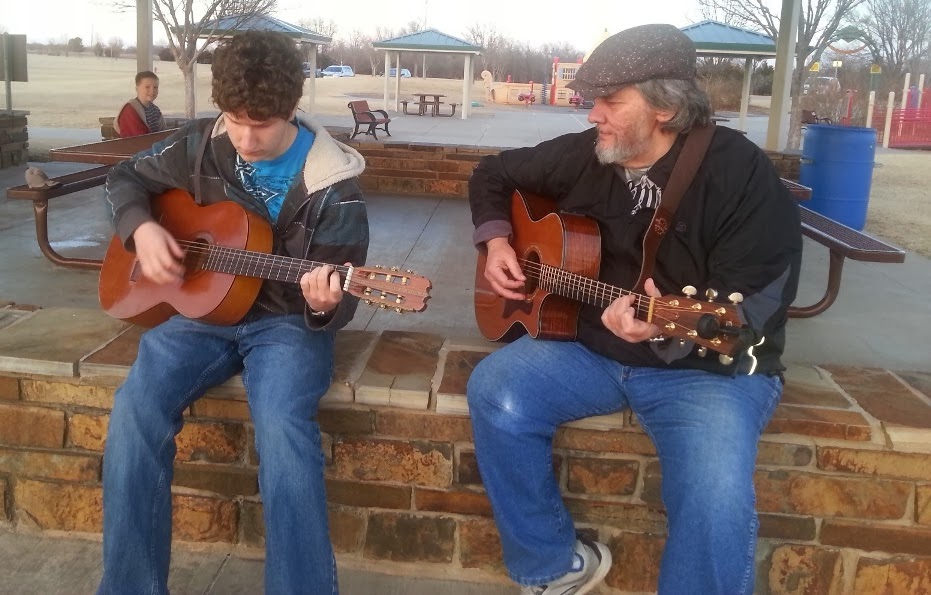